Back ground of our products

B2E the company is fundamentally a Research & Development company. We have spent the last 3 years developing a method for regulating the living environment of the worm beds and are continuing its development. To increase our control of the system and improve the consistency of our castings.

We are developing a compost source which allows quicker production of a carbon source that is mixable with the castings, to allow a higher volume output of a microbiologically active mixture. Our new compost process has undergone its testing phase and is now in full production. It combines nitrogen rich sources such as manure and paunch with an actively degradable lignin, cellulose and hemi-cellulose source which use the nitrogen as fuel to breakdown the material in to humus. This product can be sold as the EM treated compost alone or can be blended with castings for an enriched source of microbes.

There are several areas we are focusing on over the next few years;

R&D into soil ecology involving microbes that exist in castings and compost
Increasing the volume of worm tea creation to enable bulk usage of up to 22,500L per run - this will have huge cost savings for broad applications.
Trial our techniques on properties effected from (√ , starting soon, started or TBA) : Compaction (started), Erosion (TBA), Sand (Very Positive), Heavy Acidic Clay (Very Positive) & Salt (TBA).
Monitor transfer of organisms from liquid to paddock<
Trial earthworm reintroduction to off-site paddocks and or contaminated sites

Read More about our products

Do our Farm survey

Here is the link to our waste survey.Email us for free advice on which products will suit your unique situation. If you have any scientific tests on your paddock we will be able to best match which products are best for you.

Email us through here

Castings are an excellent source of micro-organisms such as fungi, bacteria, nematodes and nutrients. The nutrients are locked up in the microbes that inhabit the castings thus preventing leeching of the nutrients once applied to the soil. Castings provide a perfect habitat for micro and macro organisms. This is the basis of the excellent biodiviersity associated with castings. What is particularly interesting about the microcosm that is present is that the genetic information contained in the microbes has evolved in the environment that we have created. The biodiversity of the macro organisms indicates that the environment is healthy. By transferring this healthy genetic information to an environment that has been damaged by heavy grazing, deforestation, over fertilising, compaction, erosion, salt and sand (lack of carbon) can potentially be fixed. The ability to perform bio-remediation by microbes in contaminated petrol stations was shown to conditionally select the microbes that were more effective at breaking down hydrocarbons. This ability provided them with an advantage which encouraged the selection of the genes that provide either the ability to breakdown toxic products or at least effectively negate their toxic effect.

Potassium: Castings are a good source of naturally occurring potassium. Natural variation does occur depending on the feed stocks used in the worm bed's feed.

Phosphorus: Castings are a good source of naturally occurring phosphorous. Phosphorous like Potassium, has natural variation as to the feed stocks used.

Calcium: Castings are an excellent source of calcium.

pH: Castings are generally pH neutral and can be made slightly basic to assist in reducing the effects of acidic soil toxicity.

Trace elements: Castings generally contain consistent low levels of trace elements. Trace elements can be built up over time as the organic fraction of the material breaks down, releasing further trace elements. Subsequent applications of castings will have an accumulative effect. Microbes: A huge array of microorganisms live in the castings read more here.

Humus is a product of organic breakdown of lignin, cellulose and hemi-cellulose. These are large macro molecules which appear black and do not fall out of solution until it reaches a pH of about 1. Fulvate, which is a slightly smaller macro molecule, is the result of bacterial consumption of humus. Fulvate appears a dark-yellowish brown colour, and precipitates out of solution at a slightly higher pH (i.e. >1) . Due to the size and highly charged structure of these molecules, humus can hold charged molecules such as P+, N+ and others. The hormone-like activity that is imparted by particular types of chemicals found in the soil are shown to be linked directly to healthy soil and the presence of earthworms and microbes [39]. Humic substances play an important role in the biochemical and physiological mechanisms that influence plants through membrane permeability, protein carriers of ions, activation of respiration and the Krebs cycle [40]. Humus can hold up to 80-90% of its weight in water due to its highly polar nature. Humus or humic substances have been shown to have auxin and gibberellin activity (plant hormones) on plants. The benefit of this is that due to its large size, humus prevents leaching, which is a common problem of applying plant hormones directly [40, 41]. The activity of auxins and gibberellins were promoted in acidity and neutrality [41] respectively, highlighting humus as a diverse acting molecule in which ever soil type it exists. Auxins are known to act on the growth of stems, roots, flowers and fruits. The direct activity of auxins can be seen to affect plant cell walls, reducing the rigidity and enhancing the ability of the cell to elongate [41]. Gibberellins have similar beneficial affects on plants by enhancing seed germination through promoting enzyme production. Gibberellins also promote flowering, cellular division and seedling development.

Unlike inorganic fertilisers produced through carbon intensive industrial processes, castings do not contain high levels of heavy metals which overtime contaminate soil and will ultimately transfer into any produce derived from the soil (such as fruits, vegetables and grasses). Grass containing heavy metals which is fed to cattle will eventually transfer through the food chain to humans.

It is a widely held belief that the true benefit of castings (and to a lesser degree compost) is the amount of nutrient containing microbes contained in the material and the diversity of those microbes. Biodiversity is a key component in gauging the health of a particular environment.

EM treated compost is now available Click Here. Effective Micro-organisms (EMs) ferment under anaerobic conditions, creating little to no odour with minimal work. This technique has been widely recommended by several organic farmers and advisors in Southern Gippsland. EM creates a 'culture' where odorous materials are broken down and actively prevented from being generated. Composting with temperature dependent turned windrows; has been developed specifically as an earthworm food source but may become available as a compost for general sale. Note that compost has a lower overall biodiversity than castings. Castings have also been broken down to a higher degree than compost. 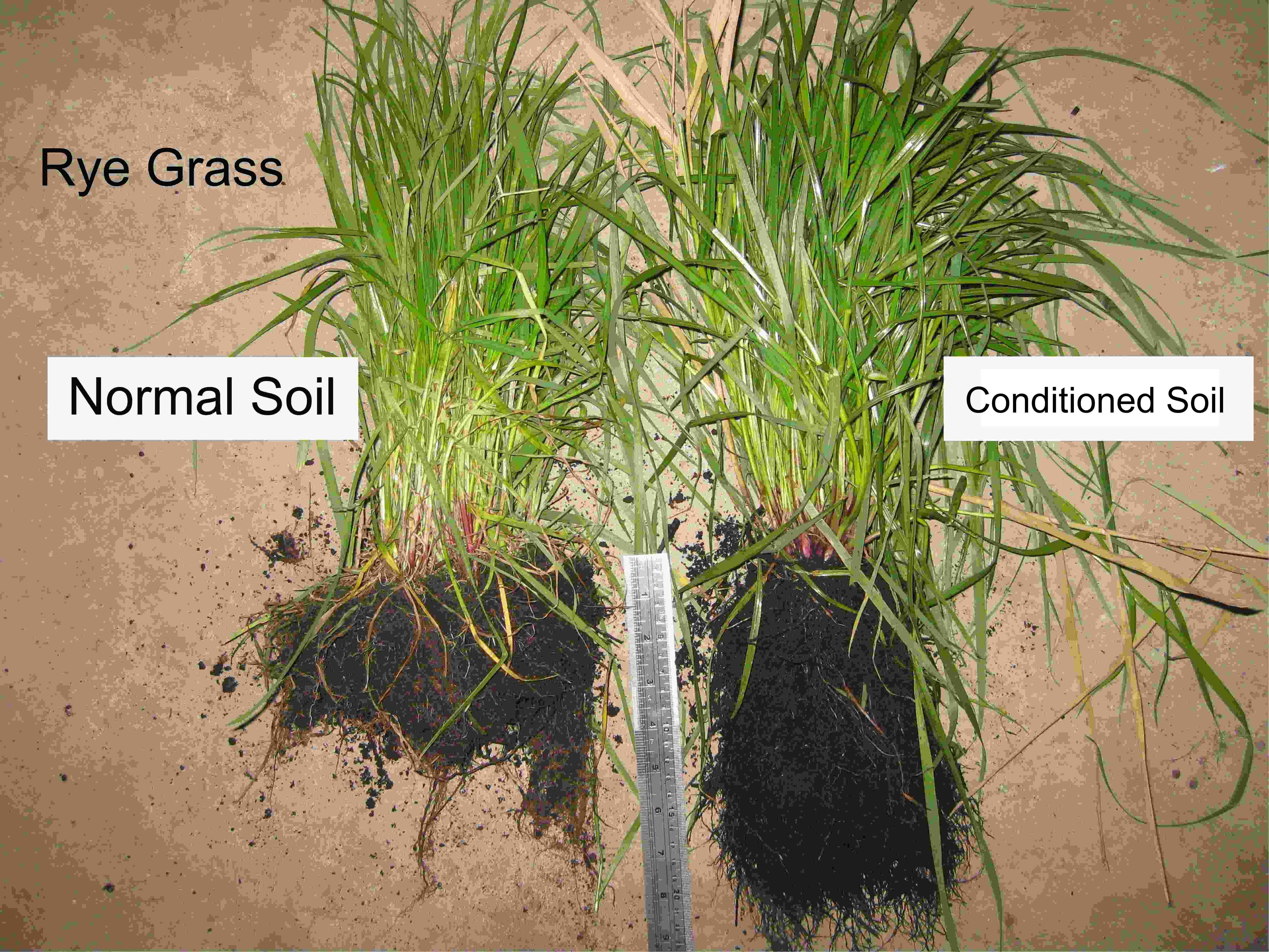 Worm tea is produced from earthworm castings, and is an excellent source of micro-organisms such as fungi, bacteria, nematodes and other such organisms. These organisms are extracted and cultured using certain substrates. These products are ideal for foliar spray applications.

Worm tea and compost tea are both a foliar spray and a ground spray just before spring growth. The worm tea has more diversity and hence comes at a premium cost to compost.

Extracts are different to teas as they are not brewed for any extensive time. This reduces the number of organisms becoming active upon application, as they lay dormant until spring time.